Interview with Richard Lustig (Class of 1974) by Meagan Doyle 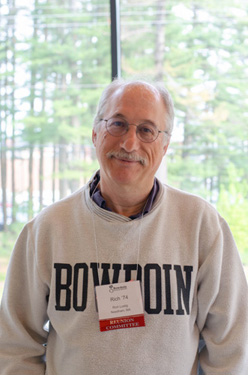 Richard “Rich” Lustig (Class of 1974) shares how his childhood vacations in Maine led him to Bowdoin. He speaks about the serendipitous nature of making friends and the enjoyable times he spent playing music with friends. Reminiscing on a study-away experience at St. Andrews University in Scotland, which turned into an independent study on early music, Lustig speaks about how Bowdoin allowed him to pursue a wide and varied array of passions. He describes directing a play through Masque and Gown. He also describes how he ended up joining Alpha Delta Phi, despite a general distaste for fraternity life. Additionally, Lustig reflects on the drinking culture and the lack of socioeconomic and racial diversity at the College.