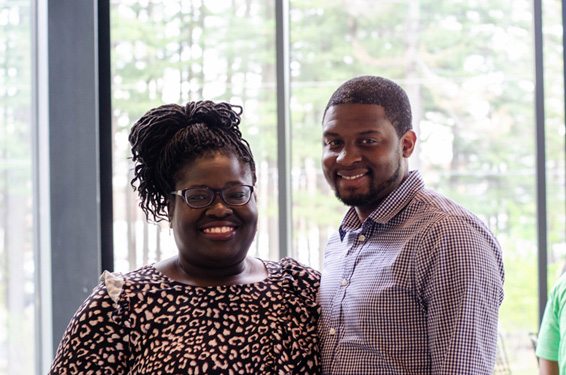 Melissa Hudson Howard (Class of 2005) and John Howard (Class of 2009) describe what brought them each to Bowdoin. The first few weeks of Hudson Howard’s first year were marked by the September 11 Terrorist Attacks and Howard’s by Hurricane Katrina, and both speak about the atmosphere of campus during those times. The pair reminisce about their engagement in Theater and Dance, the Bowdoin Outing Club, Obvious hip hop group, African American Society, and Residential Life. Both Hudson Howard and Howard studied abroad, in London and Paris, respectively, and they reflect on the lasting impacts of those experiences. They comment on student activism on campus and mention the Iraq War and the 2008 Presidential Election in particular.